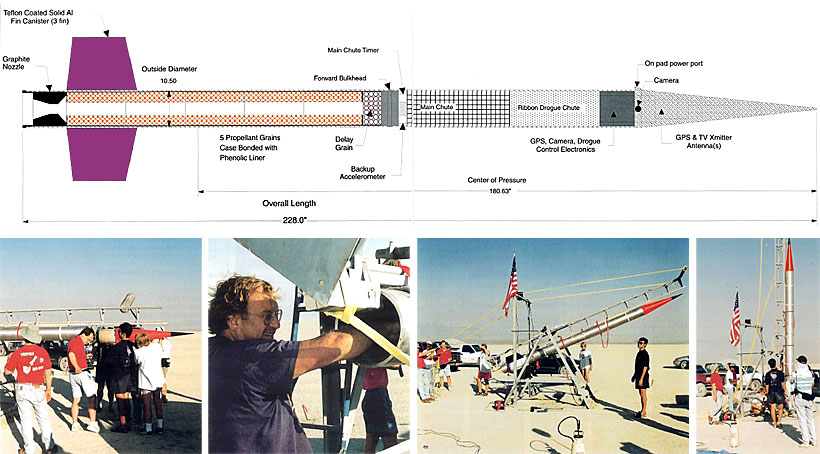 The series of technical articles on the OuR Project R Rocket which were published in the July 1997 issue of High Power Rocketry magazine.  The OuR Project R Rocket, which had a total impulse of 260,000 Newton-seconds, reached an altitude of 94,000 ft above ground level based on time to apogee measured from an onboard video which was transmitted to a ground station during the flight.  Includes the technical article Postflight Analysis of the OuR Project R Rocket Flight, by Charles E. Rogers, on the postflight analysis of the rocket performance using time to apogee from the onboard video and the mid 1990's versions of the Rogers Aeroscience aerodynamic drag prediction and altitude prediction software. 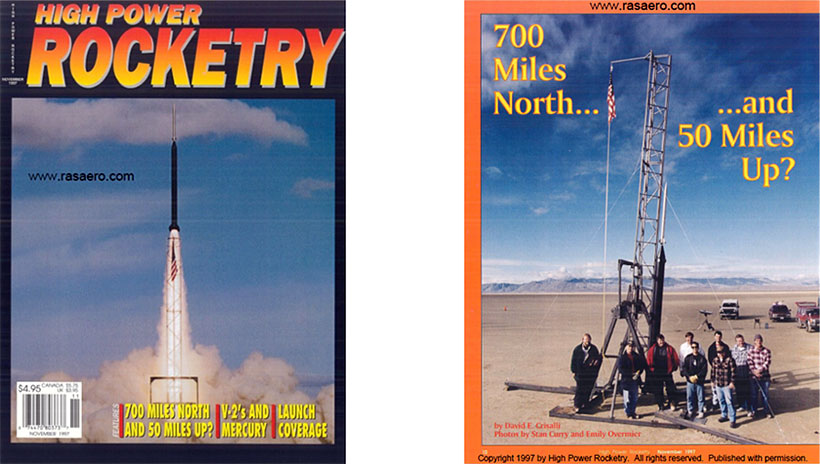 The November 1997 High Power Rocketry magazine technical article on the Reaction Research Society (RRS) George Garboden boosted dart project, where the dart reached an estimated apogee altitude of 50 statute miles.  The booster was tracked on Doppler radar to a burnout velocity of 4432 ft/sec (Mach 4.2).  Based on the booster burnout/dart release velocity measured with the Doppler radar, and using a preflight prediction for drag coefficient versus Mach number for the dart, the trajectory simulation predicted apogee altitude for the dart was 258,000 ft above ground level, or 262,000 ft (49.67 statute miles) above sea level.  The dart carried a video camera which transmitted the video images to a ground station.  Based on photographic interpretation of the video still frames the dart reached an estimated apogee altitude between 48.3 and 56.0 statute miles above ground level.

Presented below is the Doppler radar data for the RRS 50 Statute Mile Boosted Dart flight. 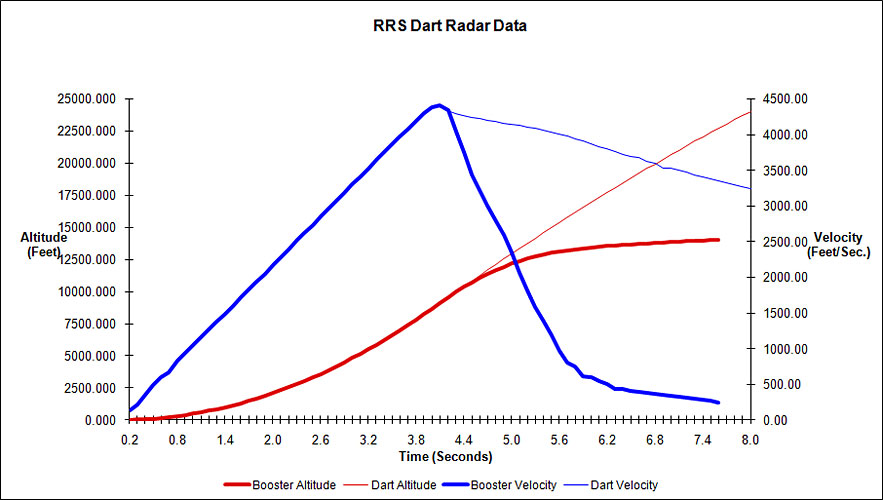