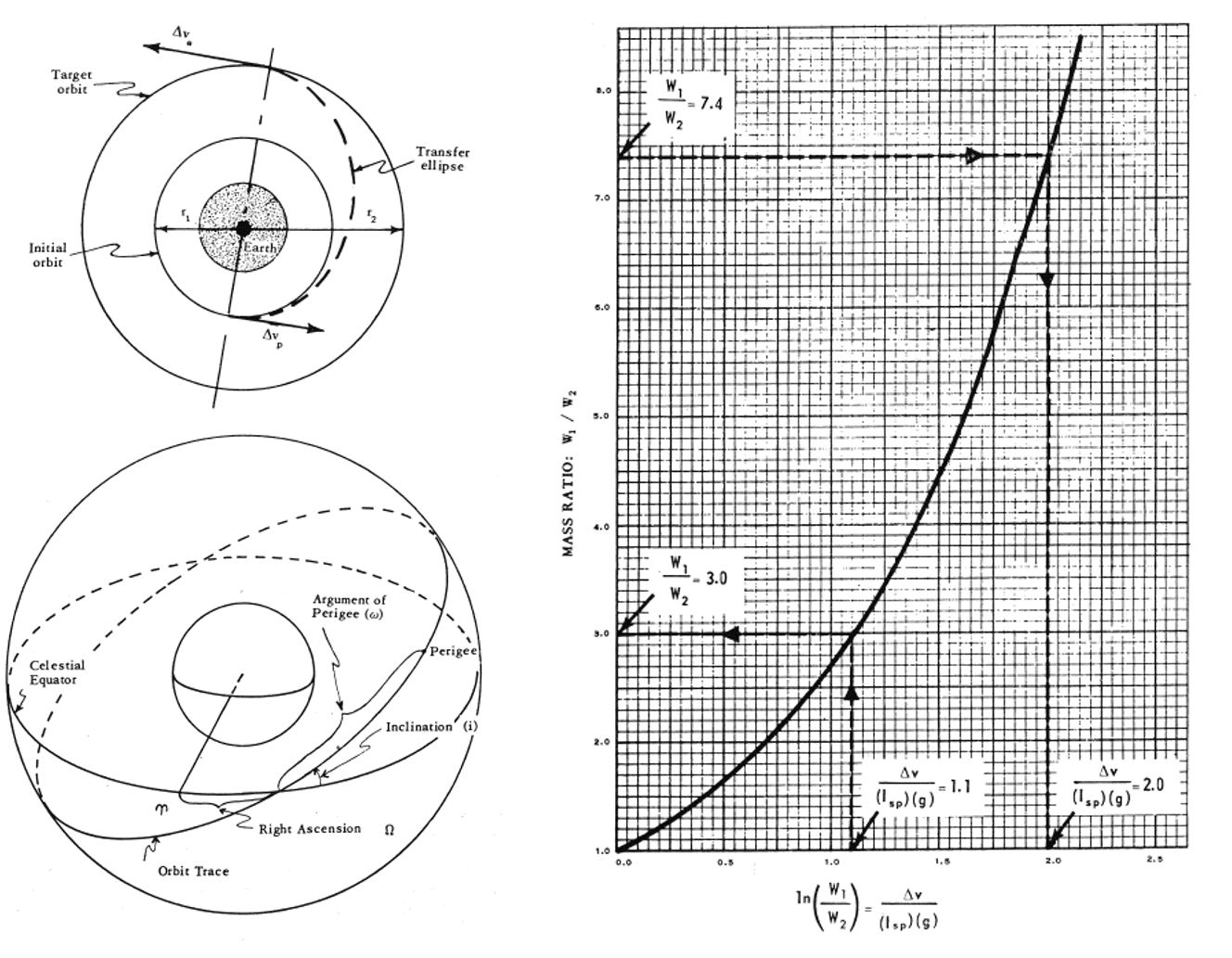 In the past on the Amateur Rocket (ARocket) discussion list suggestions have been made for what books should be on recommended reading lists to provide a good introduction to rockets and space travel. The usual classic rocket texts have been listed (Ignition! by Clarke, Rocket Propulsion Elements by Sutton, Mechanics and Thermodynamics of Propulsion by Hill and Peterson), but one hard to find reference that has shown up on numerous recommended reading lists is the Air Force Air University AU-18 Space Handbook. In particular amateur rocketry old-timers fondly remember the earlier editions of the Space Handbook from the 1970’s. Compared to the earlier 1970’s editions of the Space Handbook, the later 1980’s and 1990’s and current editions have much more Air Force space policy and doctrine, much less orbital mechanics and rocket equations.

Rogers Aeroscience is pleased to make available for download the key chapters and appendices from the July 1970 8th Edition of the Air University AU-18 Space Handbook; including Chapter 2 - Orbital Mechanics, Chapter 3 - Propulsion Systems, and associated Technical Appendices. The Orbital Mechanics chapter and appendices provide an excellent introduction to orbital mechanics, satellite ground tracks, orbital altitude changes using the Hohmann transfer orbit, orbital plane changes, and oblate Earth effects on satellite orbits. The Propulsion Systems chapter and appendices provide extensive material on the derivation and use of the ideal rocket equation with detailed charts and examples, an introduction to the different types of propulsion systems, the calculation of vehicle performance, ballistic missile trajectories and time of flight, and accuracy requirements for orbital guidance.